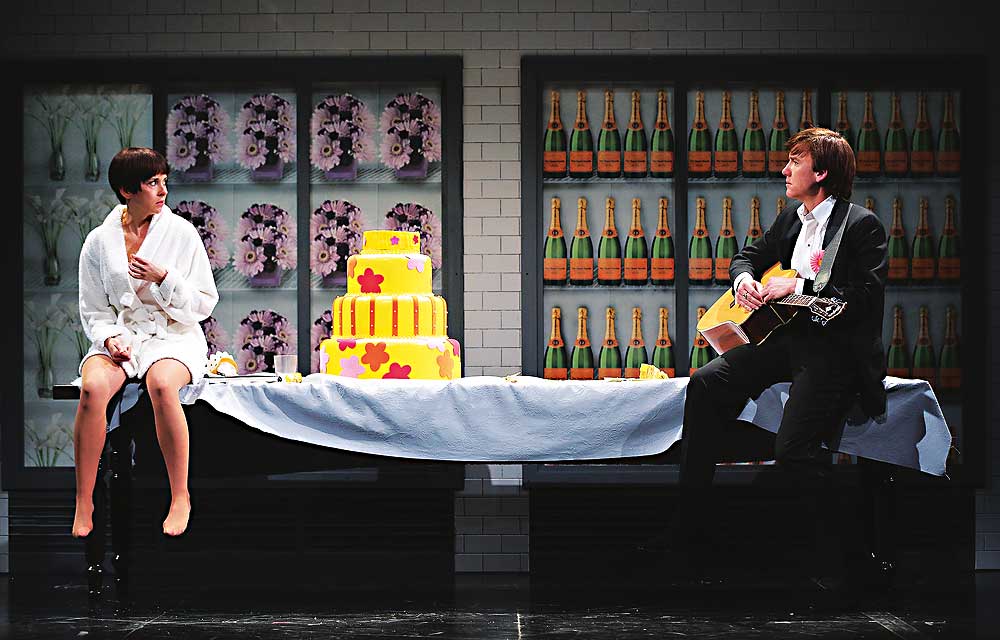 NEW YORK CITY: Atlantic Theater Company‘s 2015–16 season, the company’s 30th, will include the world premiere of a new musical from Itamar Moses and David Yazbek, to be directed by Harold Prince. The theatre will also produce The Skeleton Crew, the final installment in Dominique Morisseau’s Detroit trilogy.

The season opens in the fall with Caryl Churchill’s Cloud Nine, directed by James Macdonald. Set in colonial Africa and 1979 London, the play has not been seen in a major New York production since 1981, when it ran for more than two years.

Next up is Rolin Jones and Billie Joe Armstrong’s Shakespeare riff These Paper Bullets!, (Nov.–Dec. 2015), a Beatles-esque take on Much Ado About Nothing. The production will be directed by Jackson Gay, who directed the musical’s world premiere at Yale Repertory Theatre in 2014. She and Jones previously collaborated at Atlantic on his plays The Intelligent Design of Jenny Chow in 2005 and The Jammer in 2013. Prior to its NYC engagement, These Paper Bullets! will also have a run across the country, under Gay’s direction, at the Geffen Playhouse in Los Angeles (Sept. 8–Oct. 8).

Morisseau’s world-premiere play The Skeleton Crew will open in January 2016. It tells the story of four auto workers in Detroit who face an uncertain future. The play is the final installment in her Detroit Trilogy, which also includes Detroit ’67  and Paradise Blue.

Then Prince will direct the world premiere of Moses and Yazbek’s musical The Band’s Visit, inspired by Eran Kolirin’s screenplay for the film of the same name. The story follows the Alexandria Ceremonial Police Orchestra, who travel to Israel for a concert and end up in a remote desert village.

The final show of the season will be Adam Rapp’s The Purple Lights of Joppa Illinois, in its New York premiere (May–June 2016). It’s about a small-town man named Ellis Shook who lives alone and works nights when two teenagers show up on his doorstep and his world turns upside down. The play premiered in 2014 at South Coast Repertory in Costa Mesa, Calif. Rapp will direct the NYC production.