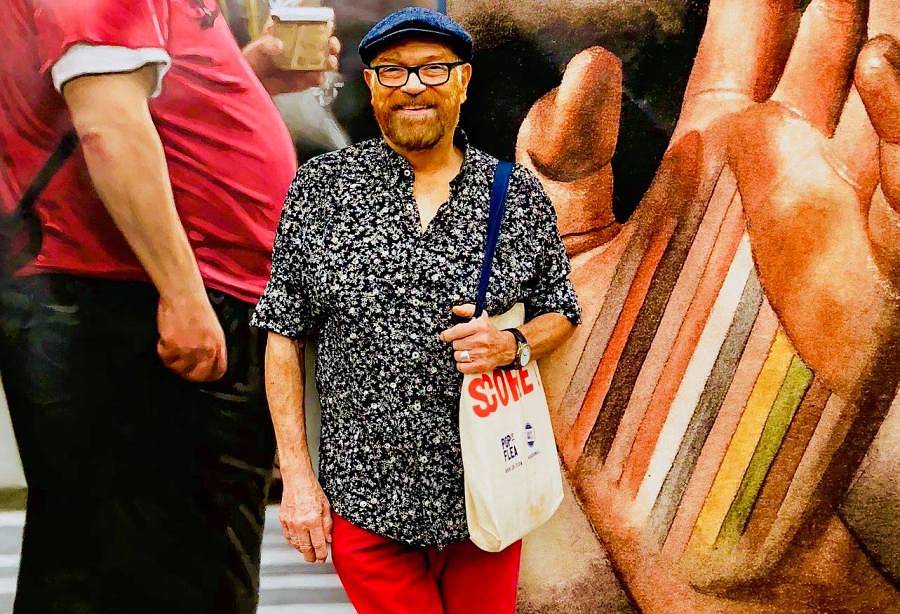 This is one of three memorial tributes to Jim O’Quinn, the founding editor-in-chief of American Theatre magazine, who died on Oct. 11 at the age of 74. The other two are here and here.

Jim O’Quinn Jr. had lived a few lives already by the time he moved to New York City in 1978 to enroll in the graduate performance studies program at NYU: He’d won awards as the publisher of a small-town weekly, The DeQuincy Journal, in his home state of Louisiana, lived in a commune, worked on a number of productions at New Orleans’s Le Petit Theatre du Vieux Carré, even composed a children’s opera. When, in 1982, he saw a job listing at a place called Theatre Communications Group, it seemed like a great fit for all his affinities and talents, but what really piqued his interest was that, in addition to seeking an editor for their existing newsletter, TCG said they were looking to start a national magazine. As Jim once told me, looking back on those early years, “I knew that was a job that had my name all over it. My task was to convince them that I was the one.”

TCG’s leaders, Peter Zeisler and Lindy Zesch, were sold on O’Quinn’s vision, and two years later, in April 1984, the first edition of American Theatre hit newsstands. Sam Shepard graced its first cover, and Jim O’Quinn helmed the masthead as editor-in-chief. The magazine’s mandate was to cover not only the nation’s nonprofit theatre scene but, as O’Quinn promised in his first editor’s note, to shine a light also on “Broadway, international theatre, and a wealth of related art forms.”

Over 313 print issues in the ensuing 31 years, O’Quinn’s magazine did just that, covering the U.S. and international theatre field’s ups and downs, controversies and triumphs, career arcs and artistry, with unique scope and vigor. The magazine took home two National Magazine Awards for Editorial Excellence, and O’Quinn himself won an Excellence in Editing Award for Sustained Achievement from the Association of Theatre in Higher Education.

With the magazine, O’Quinn became not only a powerful advocate for theatre artists in the U.S. and globally, but for the often embattled practice of theatre journalism itself. He served as a mentor to several dozens of theatre journalists over the years, helping to develop the Jerome Foundation Writers Fellowships and shepherding a vast and diverse pool of freelancers and staff writers. One singular achievement worth noting: Though the magazine has never published theatre reviews per se, it was O’Quinn’s advocacy and encouragement that led senior editor Randy Gener to win the George Jean Nathan Award for Dramatic Criticism in 2009.

That is also the year I started as a full-time writer and editor at the magazine. Jim mentored me with a light, collegial, but unmistakably keen touch, and in the process taught me more than I’ll ever be able to repay about magazine editing, above all its most difficult and crucial task: deciding what to write about. That was a balancing act he handled with distinct grace, acuity, and verve. And thanks in large part to his work in the field to which he dedicated his life, there has never been a shortage of interesting theatre, artists, or subjects to write about.

As he once put it to me in an interview on the occasion of the magazine’s 25th anniversary, “The act of theatre happens between artists and audience, but it’s not complete with just that transaction. Because theatre is an art form of language and ideas, the discourse that follows the act of theatre is an integral part of it, and that’s where I think a magazine like American Theatre comes in.” For more than three decades, Jim O’Quinn and his magazine served as a mirror, a memory holder, a conscience, and a sounding board for the American theatre. And we work every day to live up to the standard he set.

O’Quinn is survived by a daughter, Jamey, and by his partner of more than three decades, Richard Fumosa, with whom O’Quinn spent his final years in New Orleans writing, traveling, and hosting friends.