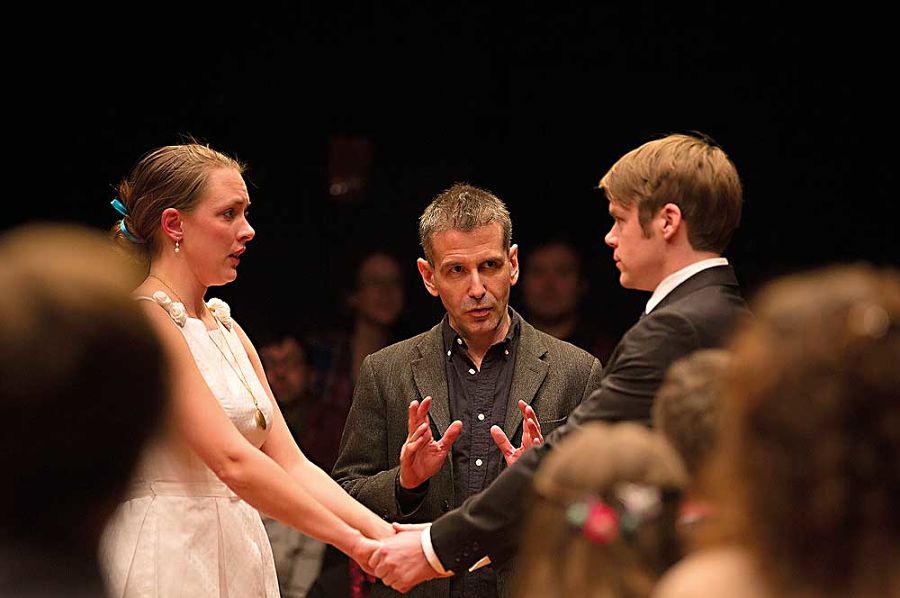 The Independent Reviewers of New England (IRNE) Awards followed a similar model. This year, the prize for best new play by a small company was a tie between Centastage’s production of The Fakus: A Noir by Joe Byers and Boston Children’s Theatre’s staging of Reflections of a Rock Lobster by Burgess Clark. The corresponding award for a large company went to the Huntington for Kirsten Greenidge’s The Luck of the Irish. Kudos for best play by a small, midsize and large company went to, respectively, Bad Habit Productions for Gross Indecency, Gloucester Stage Company for “Master Harold”…and the Boys, and the Huntington for Our Town.

LOS ANGELES: The L.A. Weekly Theatre Awards acknowledged the work of small theatres in the city. The alternative publication named Sacred Fools Theater Company’s Stoneface the production of the year, also honoring it for ensemble, direction (Jaime Robledo) and production design. The musical of the year prize went to Celebration Theatre’s The Color Purple, which was also recognized in the direction of a musical category (Michael Matthews).

WASHINGTON, D.C.: The Helen Hayes Awards celebrated the achievements of capital-region theatres. Honorees included the MetroStage presentation of Jacques Brel Is Alive and Well and Living in Paris, which yielded prizes for director Serge Seiden and lead performers Bobby Smith and Natascia Diaz. The committee lauded the Studio Theatre for the ensemble, the direction (Christopher McElroen) and the lighting design (Mary Louise Geiger) of Invisible Man.

Really Really by Paul Downs Colaizzo at Signature Theatre was bestowed with the Charles MacArthur Award for outstanding new play, and the company attained two additional prizes for Dreamgirls. Two Woolly Mammoth Theatre Company productions received citations, a pair for The Elaborate Entrance of Chad Deity and one for Mr. Burns, a post-electric play. Imagination Stage was the recipient of two distinctions: outstanding ensemble and outstanding production by a theatre for young audiences.

SOUTH FLORIDA: This year’s Carbonell Awards honored Zoetic Stage’s Moscow, by Michael McKeever, and the theatre also earned the best-actor prize for Tom Wahl in I Am My Own Wife. GableStage’s Ruined won for best production of a play, and also garnered honors for actress (Lela Elam) and supporting actor (Robert Strain) in a play. Maltz Jupiter Theatre nearly swept the musical theatre categories, with a total of nine plaudits for its stagings of Hello, Dolly!, The Music Man and Cabaret.