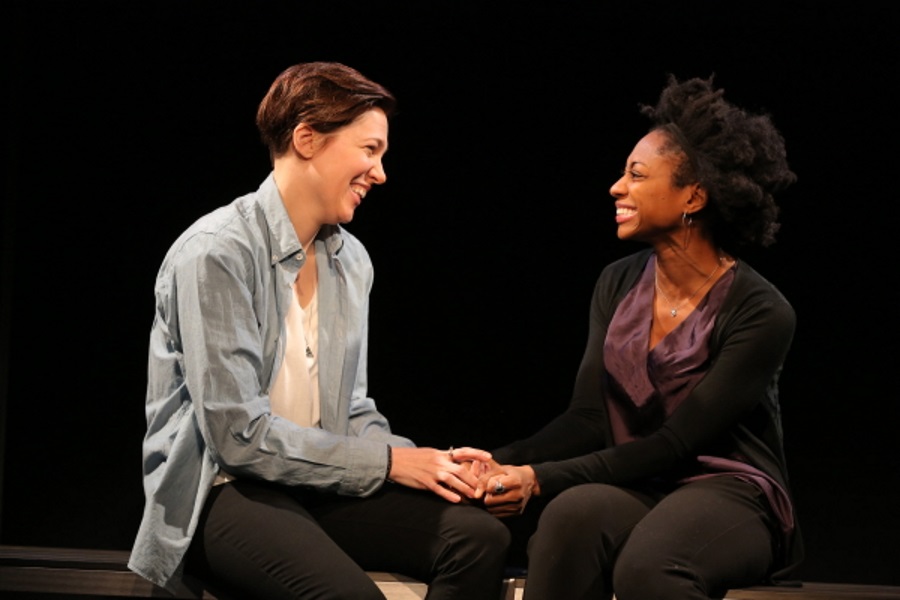 "Bright Half Life" by Tanya Barfield at the Women's Project Theatre in 2015. Pictured: Rebecca Henderson and Rachael Holmes (Photo by Joan Marcus)

SAN FRANCISCO: Magic Theatre has announced a season of five plays, all of them penned by women, including two world premieres.

“This season is a journey…a fierce, adventurous and decidedly global odyssey and we are tremendously excited to share it with you, ” said producing artistic director Loretta Greco in a statement.

The season will open with Penelope Skinner’s Fred’s Diner, about a diner located on a busy motorway in England that houses a deadly secret.

Next will be Jessica Hagedorn’s Dogeaters, a 1998 adaptation of her novel about a girl growing up in the 1950s in the Philippines who grapples with the country’s political turmoil.

Following will be Tanya Barfield’s Bright Half Life, about two women’s relationship through snapshots of scenes spanning a 40-year period.

Closing the season will be the world premieres of Sojourners and Runboyrun by Mfoniso Udofia, which were both developed in the Magic Theatre’s Virgin Play Series. These two plays are part of a nine-play series titled Ufot Family Cycle, about a Nigerian family’s transition to life in America. Udofia will be on a two-month residency with Magic Theatre while she completes the cycle.