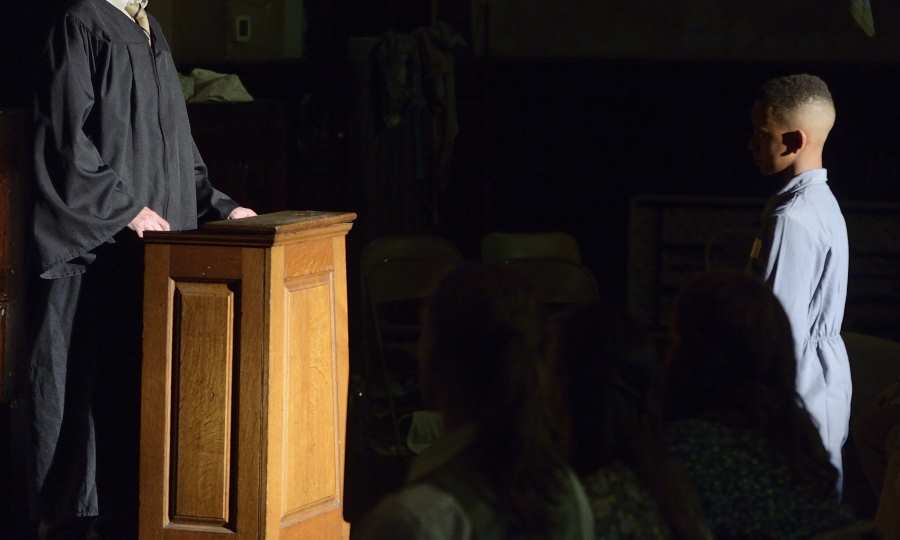 NEW YORK CITY: Kristin Marting and Kim Whitener (of HERE Arts Center) together with Jecca Barry and Beth Morrison (of Beth Morrison Projects) have jointly announced programming for the 2019 PROTOTYPE: Opera/Theatre/Now festival. The festival will run Jan. 5-13, 2019 in venues around New York City.

The lineup includes two world premieres: ThisTree from cellist/composer Leah Coloff and p r i s m from Ellen Reid and Roxie Perkins. Descriptions of each production is below.

P r i s m is about the sickly Bibi, who is locked away in a sterile room, and her doting mother. James Darrah will direct and Julian Wachner will music direct. It will be co-presented with La MaMa ETC and co-produced with Trinity Church Wall Street.

ThisTree is created and performed by Leah Coloff, who will trace the secrets of her family history using home movies, and music from an all-female band. It will be presented at HERE. Ellie Heyman will direct.

The Infinite Hotel is written and directed Michael Joseph McQuilken, with music and lyrics by Firehorse & The Few Moments. The Infinite Hotel will invite the audience to become extras in a one-take feature film that will be created anew every night. The work will also feature songs written by Amanda Palmer and Jason Webley. It will be co-presented with the Irondale Center and co-produced with Old Sound Room and The Windmill Factory.

Pancho Villa From A Safe Distance is composed by Graham Reynolds, with a libretto by Lagartijas Tiradas Al Sol. The bilingual opera is about the Mexican Revolution. It is co-presented with BRIC.

Train With No Midnight is created and performed by Joseph Keckler. It will be presented at HERE. Keckler, a singer-songwriter, will tell a series of vignettes that take place in Paris, Hamburg, Michigan, and New York.

Stinney: An American Execution is composed by Frances Pollock, with a libretto by Tia Price and Frances Pollock. The opera is about George Junius Stinney, Jr., a black boy who was wrongfully accused of rape and murder, and was executed in 1944 at the age of 14. The score will be inspired by gospel, blues, and folk. Emma Weinstein and Jeremy O. Harris will direct. It will be co-presented with French Institute Alliance Française (FIAF) and Harlem Stage.

In addition to the productions above, which will run for multiple performances, PROTOTYPE will also present a one-night-only concert for the late composer Matt Marks, who died in May 2018. Mellissa Hughes and Ted Hearne will perform Marks’s full-length music theatre work The Little Death: Vol. 1.