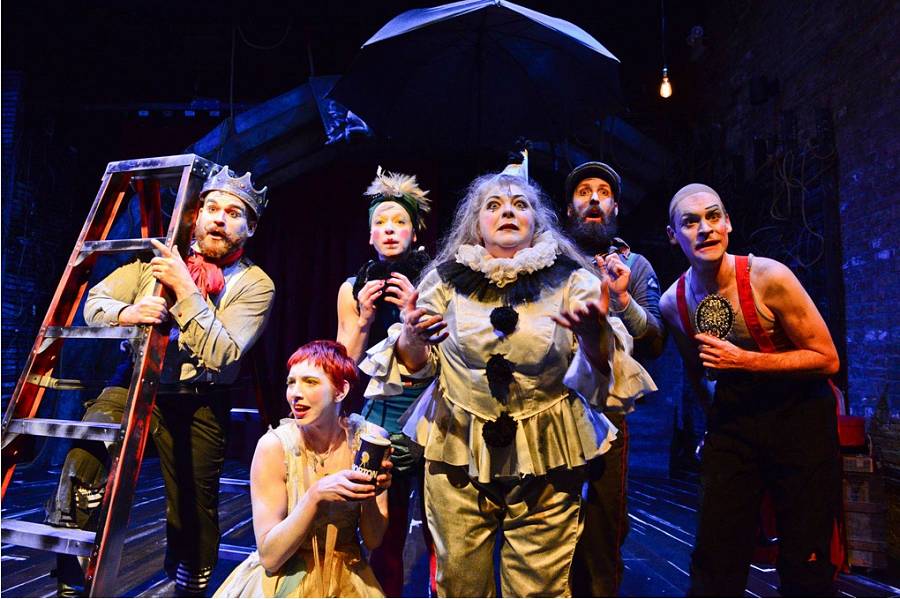 "Burning Bluebeard" from the Ruffians at Theater Wit in Chicago. (Photo by Evan Hanover)

This week’s guest is Ada Grey, a 10-year-old theatre critic and actress in Chicago. Managing editor Suzy Evans talks to Grey about what got her into criticism and theatre, kids shows versus “adult” shows, and the time she went to five shows in one day. In sum, she’s the smartest 10-year-old you’ll ever meet, and she’ll have all of our editors’ jobs in a few years. (Grey’s reviews can be found at Ada Grey Reviews for You.)

Plus, our editors (Rob, Suzy and Eliza) talk about holiday shows and the audiences that they attract. Eliza admits that she’s never seen a production of A Christmas Carol and Rob reminisces about that time he appeared at the Mark Taper Forum in a Cornerstone Theater holiday-themed show.

This week, our editors recommend the film Birdman (for its theatrical angle, we swear), Ann Liv Young in Jail and the Hypocrites’ party-themed Mikado and Pirates of Penzance repertory.