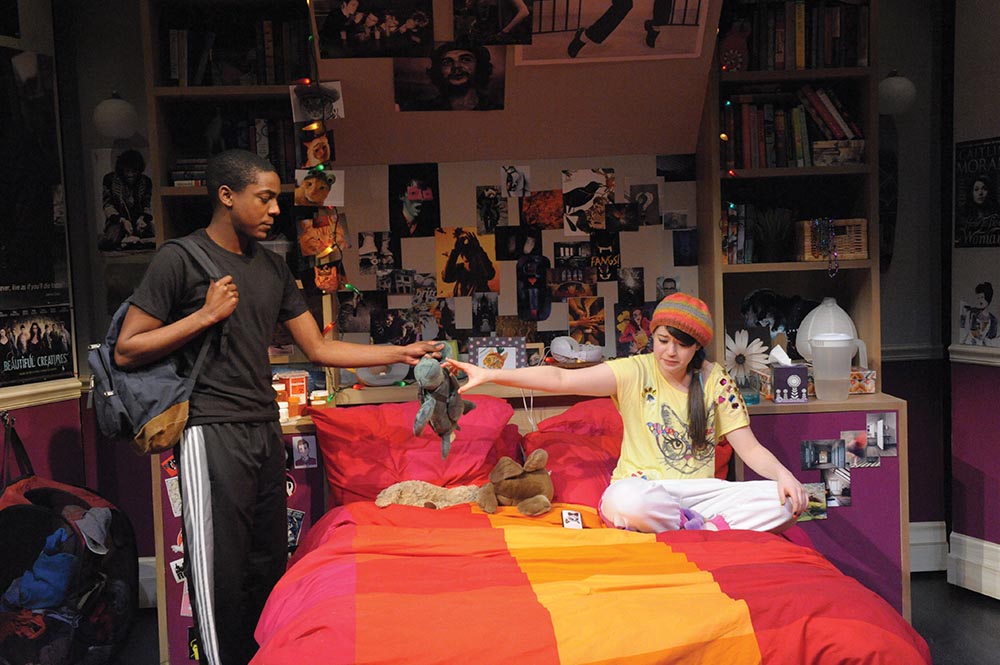 Thaddeus Fitzpatrick (Anthony) and Rachael Tice (Caroline) in "I and You" at the Olney Theatre Center in Olney, Maryland. (Photo by Stan Barouh)

Next up is a collection of six plays called Desire (Aug. 24–Oct. 11), in which major American playwrights adapt short stories by Tennessee Williams. They include The Resemblance Between a Violin Case and a Coffin by Beth Henley, The Field of Blue Children by Rebecca Gilman, Tent Worms by Elizabeth Egloff, Oriflamme by David Gilman, Desire and the Black Masseur by Marcus Gardley and Portrait of a Girl in Glass by John Guare. Produced by the Acting Company, Desire will be directed by Michael Wilson.

A new musical yet to be announced will take the stage Oct. 12–Nov. 29.

Lauren Gunderson’s I and You (Jan. 11 – Feb. 28, 2016), which was published in American Theatre‘s July/August 2014 issue and won the Steinberg/ATCA Award the same year, will have its New York City premiere in the new year. The play tells the story of lonely teenager who finds an unexpected connection and unlikely friendship while working on a school assignment about Walt Whitman’s poetry. I and You is produced by Merrimack Repertory Theatre, and the company’s artistic director, Sean Daniels, will direct.

The season will conclude with Aaron Loeb’s dark comedy Ideation (Feb. 29–April 17, 2016), which examines office culture through a group of corporate consultants as they straddle moral ambiguities and test the boundaries between right and wrong. Carrie Paff, Mark Anderson Phillips and Michael Ray Wisely will act in the play.