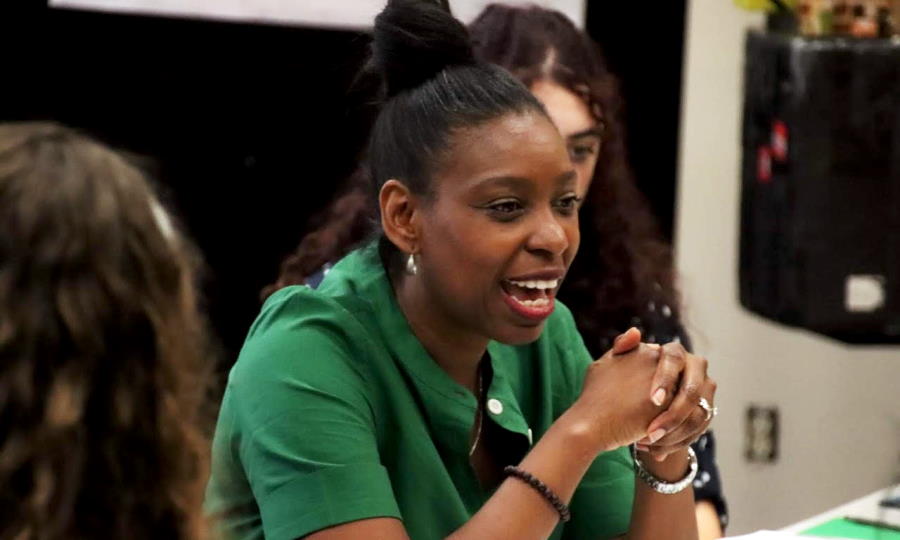 NEW HAVEN, CT.: Tamilla Woodard has been appointed to a five-year term as chair of the Acting Department at Yale School of Drama and resident director at Yale Repertory Theatre, effective July 1. She will work part-time this spring to prepare for the upcoming academic year.

Tamilla Woodard is currently the co-artistic director of Working Theater and previously served as associate artistic director of WP Theater, both in New York City, and is co-founder of PopUP Theatrics, which creates large-scale immersive theatrical works. She received her BFA from Carnegie Mellon University and her MFA from Yale School of Drama, where she has taught as a lecturer in Acting for the last two years.

“Tamilla Woodard’s brilliance in the classroom, professional accomplishment, and inspiring collegiality have already made her an invaluable contributor to the mission of the program and set the stage for an exciting new chapter in actor training at Yale,” said James Bundy, dean of Yale School of Drama and artistic director of Yale Rep, in a statement. “On behalf of the entire Yale School of Drama/Yale Repertory Theatre community, I wish Tamilla joy and fulfillment as she adopts her new leadership roles.”

Woodard will succeed current chair Walton Wilson, who has stewarded the program since 2013. He will return to the teaching of voice full-time at the School of Drama and will also serve as associate chair of the Acting Department during the 2021–22 academic year.

“Yale School of Drama was a place of such tremendous positive transformation for me,” said Woodard in a statement. “What I learned in those three years, almost two decades ago, is present in my work every single day. I am beyond excited to return to Yale, to lead and facilitate the evolution of the acting department, our students and faculty, in this dynamic moment of transformation in actor training.”

Woodard currently serves on the executive board of the Stage Directors and Choreographers Society. She has been a juror for the Jerome Fellowship, PoNY Fellowship, Playwrights Foundation, and Susan Smith Blackburn Prize, and was a member of Theater Communications Group’s first Artist Delegation to Cuba. A recipient of the Josephine Abady Award from the League of Professional Theatre Women and the Charles Bowden Award from New Dramatists, she was named to the first BOLD Leadership Circle Cohort in 2018.