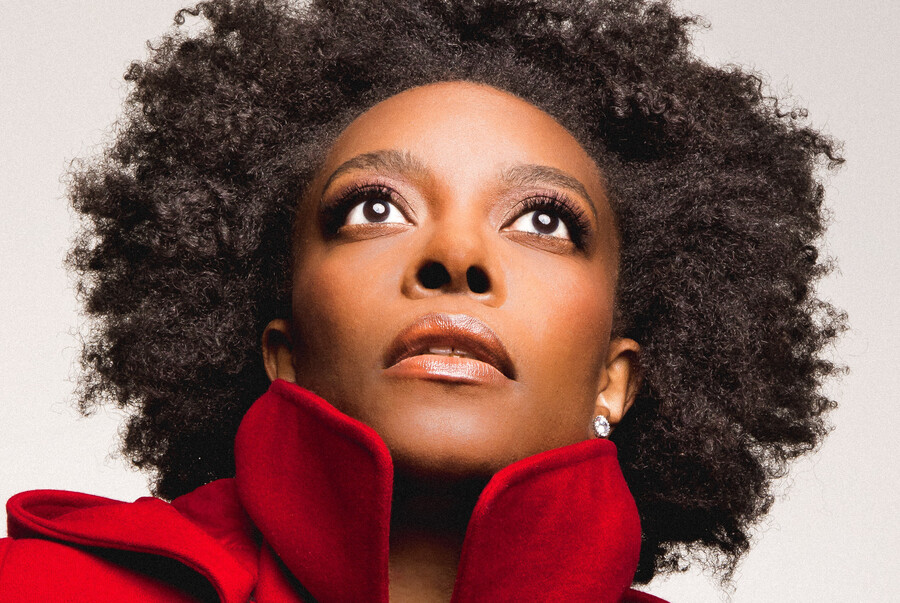 One day in 2010, Sydney Charles had an anxiety attack. She thought at first it was an asthma attack, but when she realized it wasn’t, she took that as a sign that she was not happy and needed to make some changes in her life, starting with her job as a licensed personal banker.

Now, as a theatre artist based in Chicago, Charles has realized that her new life needs some changes too. Like so many others in the theatre industry, she was pushed into a very tight spot financially by the onset of COVID-19. Steppenwolf Theatre Company, where she was rehearsing James Ijames’s The Most Spectacularly Lamentable Trial of Miz Martha Washington, gave her three weeks of severance pay, which soon ran out. She couldn’t file for unemployment either, as she had already exhausted most of her unemployment benefits last year when she was between projects. Luckily, her health benefits come from an Equity fund that waived the premium for a quarter. The price of happiness is indeed high.

Charles had never seriously considered theatre when she was growing up. Always a practical person, she had studied pre-law before switching to banking. She had been told that a career in the arts wasn’t sustainable, so she joined the corporate world looking for stability. But the stability soon turned mundane, and Charles realized that the cycle of a 9-to-5 job with a 30-minute lunch break and hour-long commute was not what she wanted.

“The panic attack forced me to try to figure out what would make me happy,” she said. “I’ve always loved music. I knew I didn’t want to be a recording artist per se, but I wanted to do something in music. So I was like, ‘Oh, there’s a musical theatre thing,’ and that’s how I got bigger, through a love for music.”

She looked for auditions online and went to three of them. She got the third one, at the Saint Sebastian Players, an Equity theatre in Chicago. From there she booked another show, then another.

“The auditioning process was uncertain but somehow familiar,” she said. “You see people that look like you or don’t look like you for the same role, or the role that you wanted. And you may not get it because of whatever reason, or skin color, which wasn’t too different from the corporate world.”

She thought that there was no going back, but there was: Charles left theatre and reentered corporate America multiple times before choosing a career in the arts permanently.

“In 2016, when I came back,” Charles explained, “it was like, ‘I know this is what makes me happy. I know this is what I’m supposed to be doing.’ So I came back with the intention that I was never going to leave again, and that I would always be working no matter what. And it’s been four years.”

At the beginning Charles had a strong case of imposter syndrome, having never attended theatre school or received any prior training. But her familiarity with the power structure of the corporate world gave Charles one edge: It taught her how to navigate a world where the faces were predominantly white, which is as true of the theatre as it is of the corporate world. That kind of navigation has taken a toll, though.

“I came to this theatre world to be myself, and I still couldn’t be myself, in a collective institution that’s telling us we have a safe space when in all truth I don’t think a lot of those spaces were very safe,” she said. “Nevertheless, we press on because we want to work and we have to work. To not work and to not be an artist is completely against everything I, and people who are committed to being an artist and being a creator, stand for. So you keep going, even if a part of it was killing my soul a little bit at a time every day.”

Charles chooses to fight on through her work, acting in a number of race-themed projects, including plays by Suzan-Lori Parks and Branden Jacobs-Jenkins, and was doing Miz Martha Washington at Steppenwolf when the pandemic hit. The cast was all Black, with the exception of former Saturday Night Live cast member Nora Dunn, who played the title role and whom Charles found to be an ally and a co-conspirator.

While COVID-19 has made things difficult for Charles, she’s grateful for the revolution in thinking it has brought about.

“As we fight this pandemic, and as we fight to be here as people of color in this country during this time,” she said, “I believe that there’s going to be a lot more room for plays by and about people like me.”