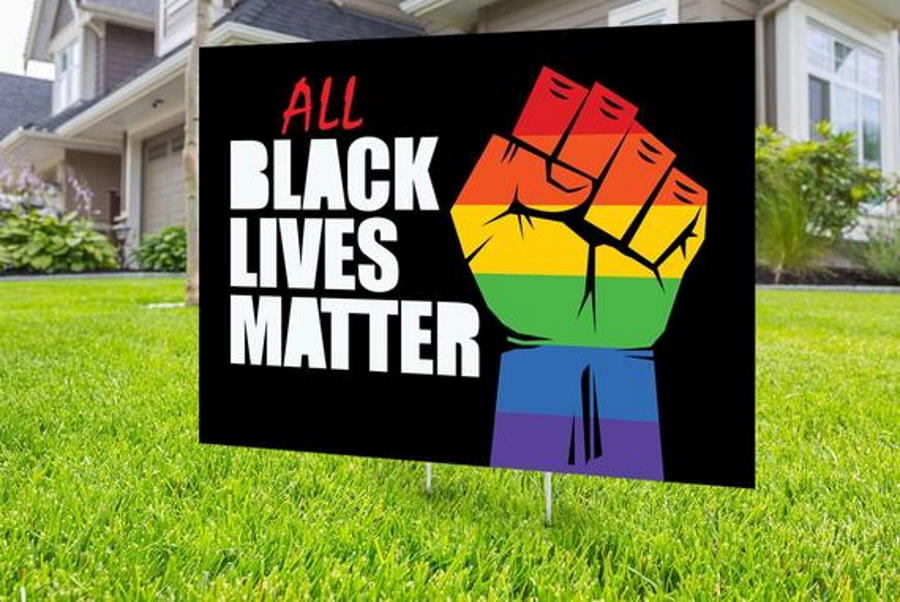 The Flashpaper is a print-only journal that lets theatre artists respond to urgent current events in any genre they choose. In the second issue, available now at www.theflashpaper.com, contributors have replied to the prompt, “When you imagine a moment of justice in this country’s future, what do you see?” They’ve created everything from original plays and manifestos to hand-drawn coloring books and what can only be described as “collage journalism.” The conversation continues with a free online event on Sun., Jan. 17, featuring appearances by Pascale Armand, Amber Iman, and more, with tickets available at www.theflashpaper.com.

Crucially, The Flashpaper is also a revenue source for artists. All proceeds go to the contributors, the journal’s two self-employed staffers, and the nonprofit Broadway Advocacy Coalition. Issue 2 features work from Caridad Svich, Megan Sandberg-Zakian, Jose Solís, and the Lark Theatre, among others, as well as a foreword from screenwriter John Ridley and an afterword from singer-songwriter Dar Williams. The issue also features the following essay from the playwright Aaron Coleman. Below, in an online-exclusive sample, Coleman traces the experience of a Black and Latinx man looking for (and possibly even finding) solace in a small American town.

—Mark Blankenship, founder and editor of The Flashpaper

“When you imagine a moment of justice in this country’s future, what do you see?”

Could he imagine a satisfying moment of justice in a world awash in injustice?

He was staying in Provincetown for the week. Much needed space and sky and endless ocean after seven eternal months in the concrete confines of Pandemic New York. An autumnal pause in the Great Pause of 2020. He sat in a room with a stunning view overlooking the water, a far cry from the brick wall and backs of buildings that comprised his New York view. The B&B was missing a B because COVID complicated breakfast. Everything felt simple, yet complicated, much like this question on justice he was tasked to answer. The answer should be clear. Why wasn’t it?

He imagined a future where he and his Black and brown fellows could walk through any predominantly white town, small or large, and not momentarily wonder if their skin color would attract animosity. The Get Out effect is real. Being a stranger of color always poses risk. Is there a world where this risk is relieved?

A police car slowly cruised by. A white gay couple in their 50s waved at the officers.

He imagined walking out into a world where he would not think every cop would automatically view him as a suspect of any possible crime that had happened or could happen. He had experienced this before. Once a cop had stopped him for a bag check on the subway, when none of the white folks around him were stopped. Another time, a cop had pointed a loaded gun at him, mistaking him for a reported thief.

As he walked, he noted the sheer number of “Black Lives Matter” signs in nearly every shop window. He imagined justice as the announcement of life imprisonment without parole for the cops and citizens who committed, aided, and abetted the extrajudicial executions of George Floyd, Breonna Taylor, Eric Garner, Tony McDade, Ahmaud Arbery, Trayvon Martin, Freddie Gray, Aiyana Stanley-Jones, Michael Brown, Sandra Bland, Yvette Smith, Alton Sterling, David McAtee, Tamir Rice, Philando Castile, and Stephon Clark—whose names must be repeated and printed over and over so they never leave the public consciousness.

He felt the sun hit his face as he imagined the creation of the Floyd Act, a groundbreaking law that would make police shootings of unarmed suspects, as well as white supremacist-based vigilantism, a federal crime. He imagined the cheering in the streets once it passed.

He wrapped his coat tighter against the autumn chill and imagined the backlash as, conversely, vigilantism would rise. And sure, death-by-police of Black men was lowering, but incarceration rates soared higher than ever. Lives weren’t being taken; they were being thwarted.

He marveled at the popularity of Provincetown’s newest business trend, the cannabis dispensary. With names like Curaleaf and B/Well, the shops suggested wellness spas. Middle-aged white housewives and gays with glinting eyes and guilty smiles endlessly streamed through these new age opium dens, guarded by chillaxed “Security.” The profits at the height of the summer tourist season must be extraordinary, he thought.

He walked past these places and imagined the Sober Act—a new federal law which would prohibit incarceration for minor drug-related offenses, such a marijuana possession, and would free those currently incarcerated under this pretense. This law would also support cost-free rehabilitation for people in need. Yet he could not help imagining that higher, sinister forces would funnel stronger drugs into Black and brown communities, who were disproportionately affected by existing drug laws. He suspected the treatment centers would become refurbished prisons.

The seaside village disappeared as he sank deeper into his mind. For every moment of justice he imagined, he imagined a new injustice arising, Whac-A-Mole, the way it has always been in American history, and seemed like it would always be.

Justice? For a moment?

. . . sweeping regulations where the tech giants were forbidden from mining personal data for profit; where tech’s surveillance of unsuspecting citizens was outlawed.

. . . billionaires heavily taxed to spread the wealth to poorer communities.

. . . a woman’s right to her own body no longer being debated.

. . . every space filled with diversities of gender, race, sexualities, in safety and love.

. . . Ibram X. Kendi’s Stamped From the Beginning being required reading, same as The Scarlet Letter.

Justice is—
hate speech no longer being protected by the First Amendment, at last. But the foes of this idea would rise swiftly. We’re in America, they’d say. It’s our right to express hate that denies the emotional and spiritual freedom of others. To deny us this right, they’d argue, is an act of hate against us.

Justice is—
the very concept of hate speech and hate groups ceasing to exist, when the very last such thought leaves the very last brain. Short of the implausible task of forcibly shipping all the champions of white supremacist thinking out of the nation to some inverted paradise of their own devising, some flip side of Liberia, how could this justice ever be achieved?

What of people who support racist thought in hiring, community, and opportunity? The folks with unconscious bias who may not outwardly hate? The people who mean well and stumble through badly considered jokes and gaffes? What of a world surrounded by aggressions, micro- and macro-? Of the trauma of altercations with police? Of witnessing and facing workplace biases and being unable to define their realities?

So many possible answers that the writer could not land on any remotely satisfying moment. What he saw, felt, was the tar baby of racist thought, where no matter how he fought to unstick himself, he was only further stuck in existential despair.

As a church bell chimed noon, bell hooks rang in his brain. To focus on those folks who blindly endorse racism was the path that led nowhere. Of course he knew many folks, white and non-, who actively worked to advance hooks’s idea of beloved community, whether they consciously knew it or not.

Perhaps it was not Pollyanna-ish to dream of a better tomorrow, full of people who longed for a multiracial community that embraces difference. In fact, he knew these people. He surrounded himself with them. He must continue to stand with them in the ongoing fight against racism, sexism, homophobia, and classism.

As the writer roused back into himself and looked around the Provincetown street, he focused again on the sheer number of signs:

—the complete inverse of an American era when NO COLORED signs polluted shop windows. Queer, gay, and straight men and women of all races and colors and ages and shapes walked hand in hand, enjoying the sea breeze, window shopping, sampling the ice cream and the homemade fudge. A policewoman and man walked by. To his surprise, he did not feel that momentary threat. Strangers actually said hello to him! Had he woken into some dream?

Sure, this town was primarily white, but clearly all types of humans were wholeheartedly embraced. The widespread act of placing BLACK LIVES MATTER signs in windows represented a communal support of promoting the safest environment possible, understanding that this indeed helps everyone, gay, straight, and other. The writer felt his own existence wouldn’t be questioned for a moment. Here among the rainbow flags and salty air grew the beginnings of the vaccine for the mental and social diseases of racism, sexism, homophobia, and classism.

Never forget that justice is what love looks like in public, said Dr. Cornel West. Provincetown was alive with displays of love in public. This was potentially the realized version of that fabled beloved community—if only for a moment. If only the rest of the United States could exist closer to this quirky, all-inclusive community on the fringe of America at the tip of Cape Cod, that would be justice.

To the writer, true justice could not be imagined as a moment, because moments pass. Justice can be equally as fleeting, as was chillingly clear when the current president banned diversity and inclusivity training. Justice must be viewed as an ongoing state of being, constantly maintained, lest it slip out of grasp and be replaced by tyranny, hate, division, and oppression—which all felt dangerously near. Justice was the realization that he too could continue to fight for a beloved community, and that there were indeed others who would stand with him.

Now the writer found himself walking along the shoreline. The lapping waves. The calling gulls. The distant laughter. Had he stepped into a piece by Phillip Glass? He looked back out at the space and sky and endless ocean—a view that should be free for all and that for a moment was his. The next day he was leaving the sanctuary of Provincetown, back to a world rife with unrest, on the eve of the most contentious presidential election in American history.

He decided to hang onto this memory, this brush with the feeling of true justice, for he was well aware that even this moment would pass. He took a breath. He steeled himself to find the next.