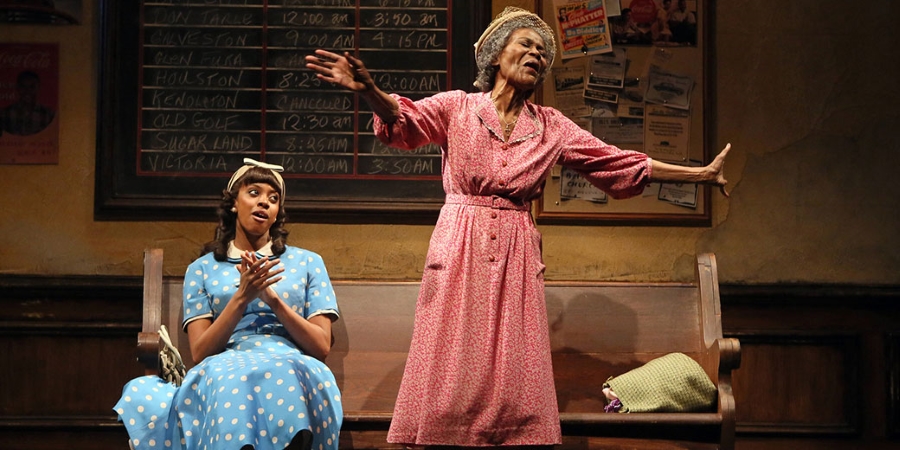 Condola Rashad and Cicely Tyson in "Trip to Bountiful" in 2013. (Photo by Joan Marcus)

NEW YORK CITY: A group of Black theatre service organizations, including Black Theatre Network (BTN), Black Theatre United (BTU), the CRAFT Institute, the International Black Theatre Summit, and Project1VOICE (P1V), are uniting with Broadway Black and the Greater Harlem Chamber of Commerce for a national/global day of remembrance to commemorate and honor the birth and legacy of award-winning actor Cicely Louise Tyson. These groups invite organizations to celebrate Cicely L. Tyson Day on what would have been Tyson’s 97th birthday, Dec. 19.

Additionally, the organizations ask that the names of all seven organizing collaborators be included in any statements and/or programming dedicated to Tyson on Cicely L. Tyson Day.

Tyson broke barriers by challenging the stage and screen image for Black people, receiving an Oscar nomination for best actress in Sounder and two Emmys for her work in The Autobiography of Miss Jane Pittman. In 2013, at 88, Tyson won the Tony for best leading actress in a play for her work in the revival of Horton Foote’s The Trip to Bountiful. In 2016, President Barack Obama awarded Tyson with the Medal of Freedom.

“My art had to both mirror the time and propel them forward,” Tyson wrote in her memoir, Just As I Am, published only weeks before her death earlier this year. “I was determined to alter the narrative about Black people—to change the way Black women in particular are perceived, by reflecting our dignity.”