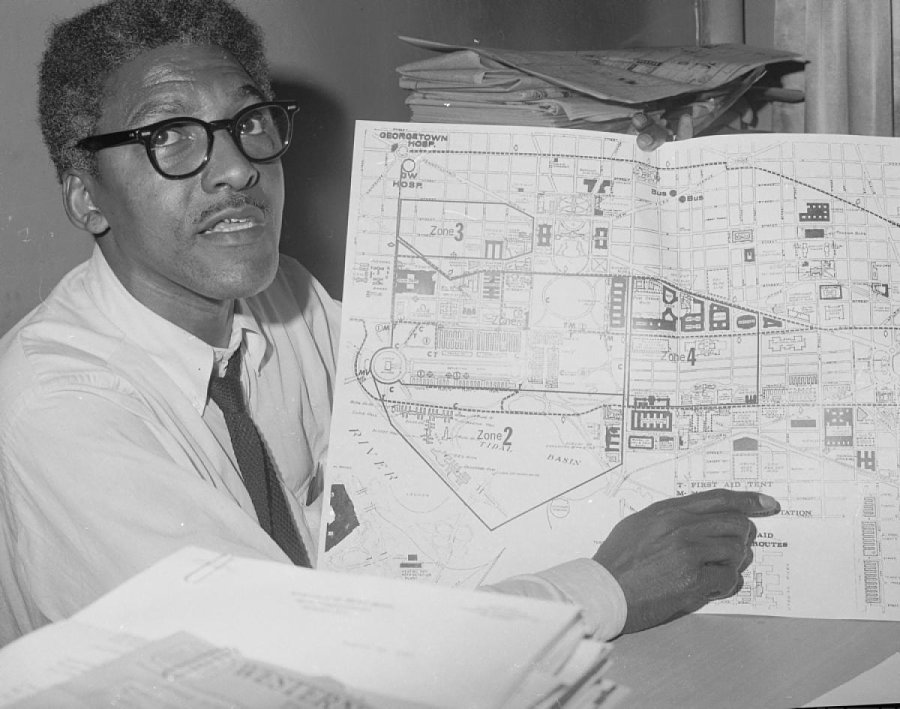 Bayard Rustin, lead organizer of 1963's March on Washington. Rustin is the subject of a new play by Michael Benjamin Washington, set to premiere at Kansas City Rep next October.

“It’s among the most ambitious seasons the Rep has yet produced,” Rosen said in a statement. “I’m particularly proud of a season that balances a collection of artists whose work is at the forefront of the American theatre with stories that are powerful, moving, and deeply meaningful for our city and region.”

The new season will also mark the opening of KC Rep’s newly renovated home at Spencer Theater on the campus of UMKC, where half its season is staged, in addition to its recently opened downtown theatre, the Copaken Stage. The new Spencer Theater will open with performances of the Rep’s beloved A Christmas Carol; the first mainstage subscription production in the new space will be The Diary of Anne Frank.

The season kicks off with Rosen’s own production of Sunday in the Park with George, Stephen Sondheim and James Lapine’s contemporary classic about art and inspiration (Sept. 11–Oct. 4).

Next is a world premiere play by Michael Benjamin Washington, Blueprints to Freedom:  An Ode to Bayard Rustin, about the complicated Civil Rights leader who was the lead orchestrator of the 1963 March on Washington. A coproduction with the La Jolla Playhouse, it will run Oct. 16–Nov. 15; Phylicia Rashad directs.

A world premiere by D. Tucker Smith, Roof of the World, is next. Rosen will direct this sweeping love story between a British explorer and an Indian spy, Feb. 26–Mar. 27, 2016.

A revival of the beloved musical The Fantasticks follows, with direction by Jerry Genochio (Mar. 18–Apr. 10, 2016).

Next, on the Copaken stage, is a monthlong New Works Fest (Apr. 22–May 22), curated by Marissa Wolf, KC Rep’s newly announced director of new works. As part of the fest, Wolf will direct a new play by Rinne Groff, Fire in Dreamland. The fest will also present a new play by artistic director Rosen, Lot’s Wife.

In addition to the regular season, a run of A Christmas Carol is scheduled Nov. 20–Dec. 24, as is the perennial alternative, The Santaland Diaries, Dec. 3–24.