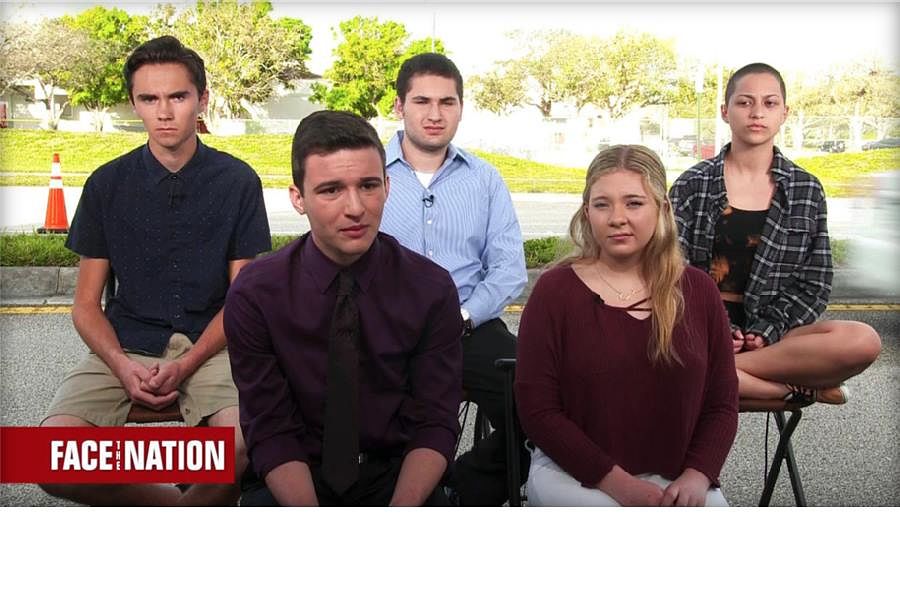 They are young. They are bold and self-confident. They are articulate. They are passionate. They are leading a national movement. And they are theatre kids.

A fiercely dedicated band of teen survivors of the horrific shooting at Marjory Stoneman Douglas High School in Parkland, Fla., this week are earning international attention through social media for speaking out on gun control in a movement they call Never Again. This grass-roots uprising launched by young people is highly organized and gathering national momentum. The fiery speech by student Emma Gonzalez at a Florida rally is a viral sensation. Students grilled NRA spokeswoman Dana Loesch and Senator Marco Rubio at a CNN town hall that drew three million viewers. The nationwide protest the group is leading on March 24 in Washington, D.C., is now expected to draw more than 500,000 participants to the nation’s capital. Sister marches are being planned in cities around the country. The Never Again Twitter page already has eighty-one thousand followers.

All of this from a small troupe of teenage drama kids at a Florida high school whose only worry last week rose from the stress of trying to memorize their lines. This week they all have much larger roles to play.

Several of the Never Again leaders are members of the Marjory Stoneman Douglas High School drama club. “All these kids are drama kids, and I’m a dramatic kid, so it really meshes well,” says leader Emma González.

Being “dramatic” doesn’t make any of these young people insincere. They are furiously committed. Even so, a dark fringe of “Fake News” conspiracy wackos on the internet are already accusing some of the kids of not being real students at all but professional “crisis actors” paid to cause trouble. Asked about this charge, student Cameron Kasky told CNN that anyone who had seen him in the school’s production of Fiddler on the Roof knows that “nobody would pay me to act for anything.”

Are you surprised that these teenage drama nerds are now taking the international stage by storm? I’m not.

A theatre class is more than an artistic distraction for students. It can serve as a lightning rod of empowerment for young people. For many teens, the experience of standing in a spotlight on a stage in a play or musical,  galvanizing the attention of adults in the audience, is the first time a young person discovers that what they say matters. They learn that words have power, that their voice can move and inspire others.

Rehearsing a play teaches young people teamwork, collaboration, tolerance, the importance of listening to and following direction. They learn about problem-solving, discipline, goal-setting, and time management. And they discover that getting something significant accomplished can also be fun.

The engine for all dramatic plays is conflict. Rehearsing a play thrusts students into roles attacking and defending both sides of an issue. Drama teaches that no matter how dire the circumstances may seem, it remains valuable to understand and overcome opposing points of view to reach a satisfying ending.

Something magical happens to students when rehearsing a play or musical: They become a company. Adolescence can be painfully isolating. But in those brief hours of after-school drama practice, young people are forced to put down their cell phones and look each other in the eye. They find human connection. Friendships are formed, crushes blossom, and leaders step forward. Perhaps most important, kids learn that a group, working together, can deliver something meaningful and life-changing that is greater than themselves, for the benefit of the community.

When the CNN Town Hall on gun control came to a close, the Marjory Stoneman Douglas High School drama club sang to the crowd. The song was written by survivors Sawyer Garrity and Andrea Peña to honor the 17 victims of the mass shooting. Their main message? “You’re not going to knock us down.” At the song’s standout line, “You may have brought the dark, but together we will shine the light,” those in the audience turned the lights on their phones and stretched them above the crowd to shine their own light.

As one student put it during a spoken word section of the performance, the students vow to “Be the voice for those who don’t have one.” A voice is a powerful thing, and theatre can be a formidable stage from which to find one’s own song.

As the Never Again mission statement declares, “Change is coming. And it starts now, inspired by and led by the kids who are our hope for the future. Their young voices will be heard. ”

If art is a reflection of who we are, where we come from, and where we are going, then whatever the students are learning in the Marjory Stoneman Douglas High School drama club is a lesson for us all.

Stephen Sachs is the co-artistic director of the Fountain Theatre.