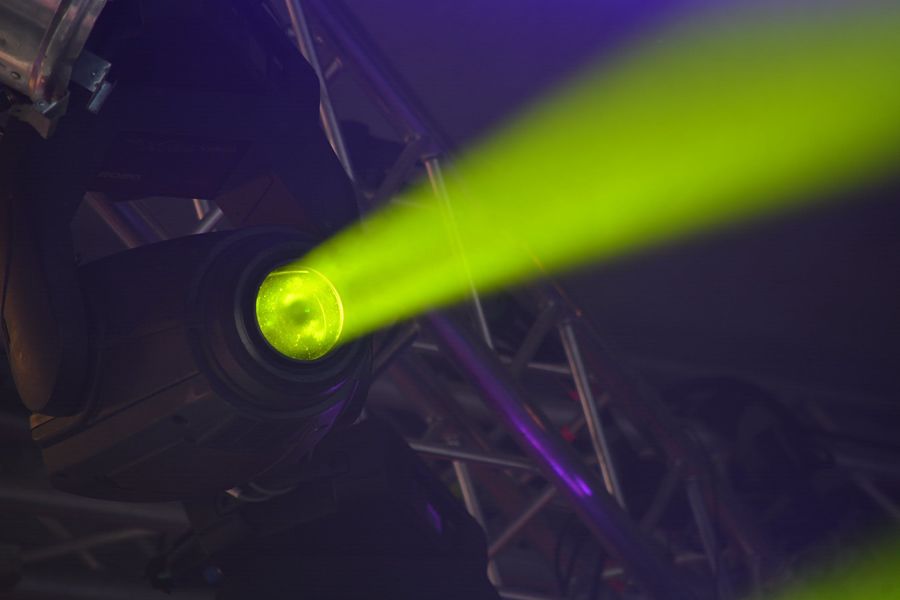 These are some of the adjectives I’ve used most frequently to describe lighting design in my former (and still occasional) life as a theatre critic. Designers must know this drill all too well: Most stage reviews focus on the work of the playwright, with some reference to the lead performances and the work of the director, followed by a sprinkling of somewhat obligatory mentions of set, lighting, sound, and costumes. Typically the most these hard-working folks receive in a review, if they’re mentioned at all, is an adjective next to their name attempting to suggest the competence of their work (“deft,” “resourceful,” “fluid”) or to characterize its special qualities (“glaring,” “wintry,” “mottled,” “creepy,” “sepulchral”). In my partial defense, in my reviews I have very occasionally devoted whole sentences to the work of designers, and even used other parts of speech—verbs, nouns, adverbs—to capture what I think they’re doing. But I confess that I, like many of my critical colleagues, have mostly raided my thesaurus and imagination to come up with succinct one- or two-word summations of what I’ve seen. (Real talk: When it comes to lighting I apparently have food on the brain, as I’ve variously used such descriptors as “egg-dye,” “oven-baking,” “deliciously rich,” “marzipan,” and, getting right to the point, “edible.”)

Indeed, while lighting design is seen as so central to movies it’s called cinematography, the work of stage lighting designers may be the most imperceptible to the average theatregoer (and hence to professional theatregoers, a.k.a. critics). Sets and costumes are three-dimensional, often pictorial things, and sound design unmistakably greets our ears; even projection design, a cousin of sorts to lighting, is right there before our eyes. But lighting designers work on and over those palpable surfaces, directing our attention and framing how we see more than what we see. Their closest analogues in the film world, funnily enough, may be sound designers: You may not quite be able to point to their work—it seems like a simple sensory given, that there is light onstage and sound on film—but you’d certainly miss it if it were gone. Perhaps music is a better analogy: As the fin de siecle producer/playwright David Belasco, no slouch in the lighting department, once said, “Lights are to a drama what music is to the lyrics of a song…No other factor that enters into the production of a play is so effective in conveying its moods and feeling.”

Belasco’s heyday stretched from the 1880s through the 1920s, which means that he got in on the ground floor of a fundamental change in theatrical lighting: from gas to electric. The field now seems to be on the cusp of another huge transition, from incandescent to LED, as reporter Jerald Raymond Pierce details in a story in this issue. American Theatre doesn’t typically delve too deeply into stage tech, but for this issue on the theme of stage lighting, we found that to do the subject justice we had to go beyond talking about the art with such masters as Jules Fisher and Peggy Eisenhauer or such emerging talents as Know Theatre artistic director Andrew Hungerford. Like lighting designers, we felt the need to reckon with the how as much as the what, all the better to expand our vocabulary beyond mere adjectives. You might even say we’ve seen the light.