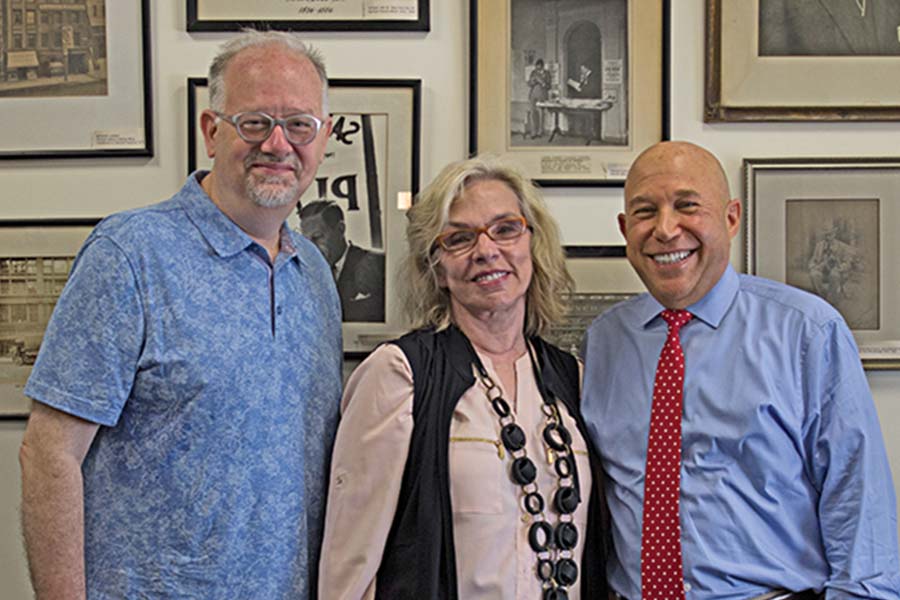 When I stopped working at American Theatre magazine in February 2015 to pursue playwriting, acting, and teaching more fully, I joked to friends, “Now I’ll have to start actually paying for theatre.”

People would laugh. But soon enough my punch line turned into a self-inflicted sucker punch when I faced the rude reality of just how much theatre tickets really cost. As a theatre junkie who typically attends three or four shows a week—and a schemer with a New Englander’s passion for bargains—I began to think about alternatives to the press comp: the secret artist discount code.

It turns out that others have been thinking along the same lines.

“The high cost of theatre tickets is hotly debated, but rarely is any concrete action taken,” says Pulitzer-winning playwright Doug Wright, who is also the president of the Dramatists Guild of America. “It’s always encouraging when commercial or resident producers reserve a certain number of seats for a nightly lottery, or offer serious discounts to students.” I know these deals well.

But there’s a larger problem: Theatre available to only a few well-heeled members of society can become an irrelevant luxury good. As Wright says, “It becomes more like a museum designed to preserve canonical work than a vital, rich laboratory that reflects a diverse culture. The more rarefied the theatre becomes, the fewer daring subjects it can tackle.”

Plan: Let the Writers In

Enter the Playwrights Welcome initiative, developed for members of the Dramatists Guild of America by Samuel French and supported by Dramatists Play Service, Dramatic Publishing, Music Theatre International, Playscripts, the Rodgers & Hammerstein organization, and Theatre Communications Group. The premise is simple: to provide free access to theatre for playwrights, composers, and lyricists at participating institutions.

The brainchild of Samuel French’s Bruce Lazarus and Pulitzer-winning playwright Marsha Norman, Playwrights Welcome quickly gained traction. “It didn’t take long to convince the other major publishers to join the effort,” says Wright. “Then theatres started hopping on board.” (The 22 participating theatres are listed below.)

The program is designed to give free tickets that would otherwise go unsold to Dramatists Guild members. So if a writer shows their Guild card five minutes before curtain at a participating theatre, Wright explains, that person “receives an available seat at no cost. Both the theatre and the member benefit; theatres fill an otherwise empty seat for a fuller, more responsive house; and the writer gets to see an exciting new production for free.”

While the program is still in its infancy, Wright admits he has been “deluged” with supportive emails from Dramatists Guild members. “For theatre writers to grow, they need constant exposure to both the classics and the newest, most cutting-edge work out there. Now they have it.”

The program’s inherent common sense is also worth noting: If 10 tickets haven’t been sold five minutes before curtain, it’s highly unlikely that 10 random ticket buyers will turn up. So it’s worth filling those empty seats with creative folks, who tend to be among the most supportive of audience members. And for the actors in the show, it’s surely a greater pleasure to perform for a full house than one with 10 empty seats.

What’s Not: Who’s Left Out?

Speaking of actors, it’s a shame the initiative doesn’t include them. Or, for that matter, directors or designers. Sure, Equity actors can see Equity showcase productions for free if seats are available. But here’s hoping Playwrights Welcome will one day grow to include more practitioners (Artists Welcome?). For now it’s a good step in its early stages.

“I’m certain there will be unexpected challenges as the program grows, but I’m confident we can address them in artful ways that meet the needs of both participating thea­tres and Dramatists Guild members,” says Wright. “Everyone so thoroughly believes in the program’s value.”

What’s Next: Do the Math

Speaking of value, now is a good time to mention that Dramatists Guild membership is $130 a year ($90 for the associate level, $45 for students). A quick calculation says that if I got a full membership at $130 (it’s high time to retire my tattered student card, anyway), then saw five plays for free I’d otherwise pay $25 each for, my membership would pay for itself. While only three theatres in New York City have signed on so far, Wright hopes those numbers will grow.

It’s true. In the eight and a half years I worked at American Theatre magazine I took in such a vast amount of theatre I often felt like I was in graduate school; in no small part it was that ancillary education that inspired me to pursue an MFA in playwriting.

“In the old days, this used to be standard practice,” says Wright. “A theatre artist merely inquired at the box office, ‘Do you honor the profession?’ Usually the box office said, ‘Yes!’ and the artist was granted entrance. So in some ways, we’re bringing back an age-old, honorable practice. It sounds revolutionary, but in truth, it’s just the profession honoring its own practitioners.”