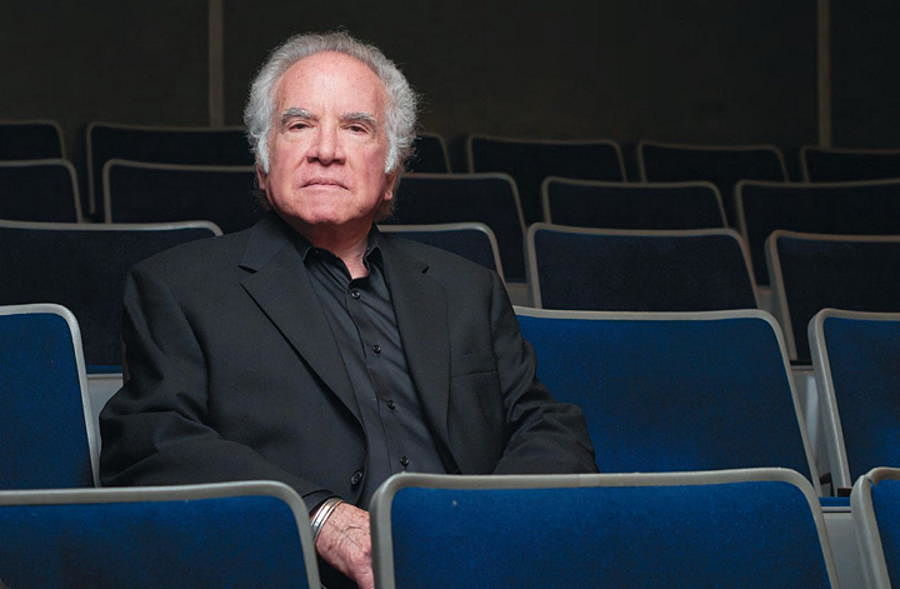 Passionate and outspoken, curmudgeonly and supportive, gruff and tender, confrontational and creative, Joseph Adler was an uncompromising force of nature as producing artistic director of GableStage in Coral Gables in Miami-Dade County from 1998 until his death April 16 from cancer at the age of 79.

Even as a freelance director, beginning in 1970 in the burgeoning, ever deepening South Florida theatre scene, Adler was a beloved, boundary-pushing figure, championing challenging, thought-provoking work rife with politics, sex, race relations, interpersonal relationships, and hot-button social issues in masterworks from Albee to McNally, Nottage to LaBute, Mamet to Shaw, McDonough to Miami’s own McCraney.

Floridians still speak with awe of a scorching, apocalyptic 2010 production of Sarah Kane’s Blasted, memorable for blood, nudity, gore, and an expansive set that imploded nightly—intentionally a far cry from the long-outdated image of the Sunshine State as the home of mainstream musicals and dinner theatre.

Inside the artistic community, Adler was revered equally for his belief that the local corps of theatre professionals was the equal of any region’s anywhere—a conviction he backed up by hiring almost exclusively locally. But it wasn’t altruism or frugality; by almost every assessment, including that of surprised out-of-town sophisticates, GableStage’s best work took second-place to none in regional theatre. In the local Carbonell Awards recognizing local excellence, he earned 28 nominations and 13 awards for direction, and his productions received at least 64 awards from at least 227 nominations. Trusted, even sought out by licensing companies, Adler was frequently among the first regional directors in the country to mount cutting-edge titles that may have just closed in New York City less than a season earlier.

Most ticket-buyers did not know about his enthusiastic nurturing of the region’s professional theatre community. Unlike many artistic directors in South Florida, Adler attended scores and scores of other companies’ productions, even the musicals, a genre he never favored. Afterward he always volunteered his bracingly candid assessments to people he knew in the production. He also donated his stage to dozens of colleagues for readings of works in progress, and loaned it for full productions by fledgling and struggling companies. He unstintingly offered advice when it was sought by companies, all of whom he considered colleagues, not competitors.

Though he dabbled with expressionist styles, as a director Adler was a master of a relatively naturalistic, almost invisible approach, especially given the wide and shallow stage at the Biltmore Hotel, where the 150-seat GableStage stands. He often staged scenes with two people sitting at a table simply talking to each other—scenes which, in other hands, would guarantee a static, boring affect. But he invested these scenes with hypnotic intensity and used this focus to depict deep, warring emotions that would be lost in a larger venue.

As a proud liberal progressive, his pre-show speeches were famous for his frequent statement, “Now, I’m not going to get political. I’m not supposed to get political,” followed by a wry smile and a verbal side-swipe or two at some conservative or reactionary situation. Unreservedly socially conscious, his preview nights for many productions were benefits for social or charitable organizations.

Adler had been ill for a year and half, but he never stopped working, even when the illness impeded his reimagining of Indecent last year. When COVID-19 shut down all theatre in the region, he was rehearsing a production of The Price he had rescheduled earlier, presumably so he would have the strength to finish it.

A few days before his death, he called the theatre’s board chairman and the county’s director of cultural affairs to tell them he was dying and to elicit their pledge that they would keep GableStage viable and vibrant, and to continue their shared campaign to reopen the shuttered Coconut Grove Playhouse with GableStage as the managing resident company.

Joseph Adler never lost his native Brooklyn accent, even after his parents moved to Miami Beach, where he developed an early interest in theatre. He spoke of being present at the Coconut Grove Playhouse on the fabled night in 1956 when Waiting for Godot received its controversial American debut.

He studied drama at Carnegie Mellon University, but a summer course pointed him to New York University’s film program. He developed cinematic skills as an account executive for a New York advertising firm and began shooting commercials, industrials, and later low-budget films with titles like Scream, Baby, Scream. The turning point came when he hooked up with a new theatre troupe, Players Theatre, and began directing at nearly every playhouse in the region.

Adler always was open about how a taste for cocaine, marijuana, and alcohol blighted his life deep into his career in Florida theatre. His lifeline was his marriage to actress Joan Murphy. She helped get him sober, then died in 1995 as she waited for a double-lung transplant.

As much as he influenced and touched local audiences, his effect on his colleagues was incalculable, as evidenced by the scores upon scores of adoring recollections from alumni now spread across the country in theatre, film, and television. They have spoken movingly of his genuine interest in their personal lives, offering emotional support and advice when sought. On artistic issues, his uncensored, generous praise was considered the ultimate validation, colleagues repeatedly averred.

What they also all recalled were titanic struggles during detailed-oriented, exploratory rehearsals in which he battled with actors and designers—interactions that were tough, brusque, even angry. But moments later, he would put his arm around a colleague, take them outside, compassionately make peace, and sometimes acknowledge they were right. After some explosive sessions, he would call an actor from his cellphone to apologize, as both were driving home separately (and in between his cursing at other drivers). The subtext in these colleagues’ elegies: that Adler and they knew their conflicts were rooted in unspoken mutual respect, and that they shared a driving desire to produce the best art possible.

In regional theatre, just as on the national level, artists and patrons tell war stories decorated with a thesaurus’s worth of pungent adjectives about legendarily outsized characters who transformed the creative landscape, and who left a legacy of not just ephemeral memories but concrete evolution in the fabric of the culture. Adler inarguably was a member of that pantheon.

Bill Hirschman is the editor and chief critic at Florida Theater On Stage.